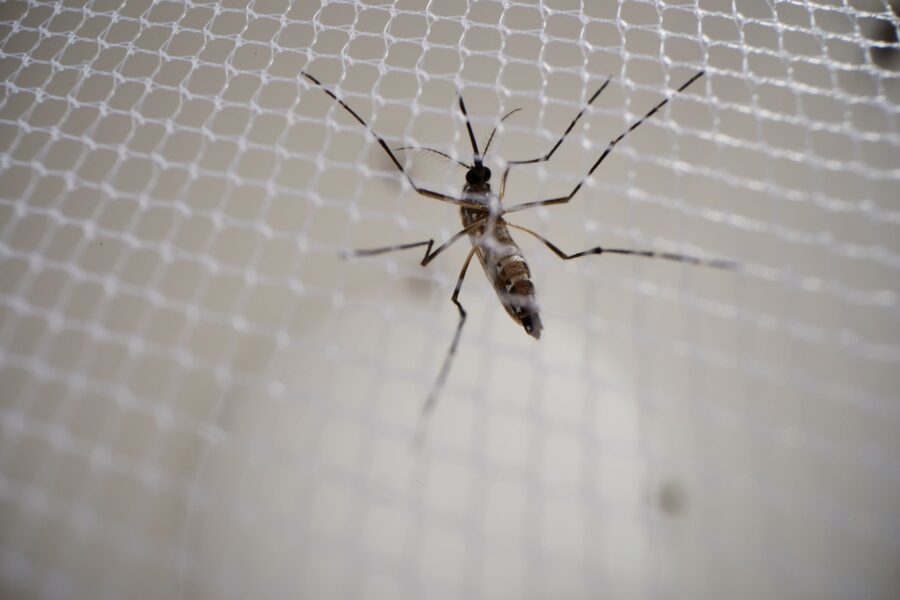 Modern mosquito control programs in the U.S. are becoming increasingly sophisticated when it comes to mosquito surveillance. Surveillance is a blanket term for monitoring mosquito populations over time in an integrated mosquito management program. It is the key to understanding local species mix, breeding habitats, population levels, and the potential for arbovirus disease cycles. Here’s an overview of the most frequently used tools for adult mosquito surveillance, including established and emerging technologies for conducting and managing mosquito surveillance activities. The Sentinel trap by Biogents is a world-renowned mosquito monitoring trap technology.  It was originally developed to collect and monitor populations of “container breeder” Aedes mosquitoes, the species capable of vectoring dengue, chikungunya, Zika, and yellow fever. With nearly 20 years of operational use, the Sentinel trap design has been proven to also successfully capture Culex mosquitoes. An even wider range of mosquitoes can be collected in the BG Sentinel when used in conjunction with a carbon dioxide attractant.

Advantages of the Sentinel trap:

Drawbacks of the Sentinel: The BG Pro is a flexible, easy-to-use trap for collecting mosquitoes of all types, and is the newest mosquito trap innovation from Biogents. With the BG Pro, surveillance programs have the flexibility to take the modular components of the trap kit, and assemble them into any trap style that suits their specific needs, including formats that mimic the functionality of the CDC Light Trap and the BG Sentinel trap. Plus, the BG Pro can be used with Biogents’ BG Counter technology, enabling remote monitoring capabilities. The most advanced level of mosquito surveillance today is found with the Biogents’ Counter technology. It is recommended for use with Biogents’ BG Pro trap, and enables remote, cloud-based monitoring of mosquito populations.

The BG Counter is able to differentiate mosquitoes from other insects entering the trap by sensing wing-speed, and maintains a running count of mosquitoes entering the trap. This data is wirelessly transmitted to a cloud-based server in real-time, which users can access “on-demand” through a web portal.

Some drawbacks of the BG Counter: The New Jersey Light Trap was the very first trap type used to monitor male and female adult mosquito populations, with origins dating back to the 1930s.  The New Jersey Light Trap uses a basic light bulb to attract mosquitoes and a motorized fan to draw mosquitoes into the trap itself.  This trap is primarily used to measure the overall abundance of mosquito populations and establish historical population trends. Researchers from the Centers for Disease Control & Prevention (CDC) invented the ABC Trap, also called the CDC Light Trap, in the 1950s. This popular mosquito trap is battery-powered and uses carbon dioxide (CO2), in the form of dry ice or a CO2 tank, to attract mosquitoes into the trap.  CDC Light Traps are largely used to monitor the overall species mix and population levels within a surveillance network, as well as collect specimens for disease testing.

The advantages of the CDC Light Trap:

Drawbacks of the CDC Light Trap: Advantages of a Gravid trap:

Most mosquito control programs find that a combination of all available surveillance technologies best suits their needs for monitoring population levels and detecting arbovirus disease cycles. Looking for guidance on the right surveillance mix to monitor your local populations? Drop us a line here and our mosquito control experts can help.