What’s a Midge Fly – and How Can You Control Them? 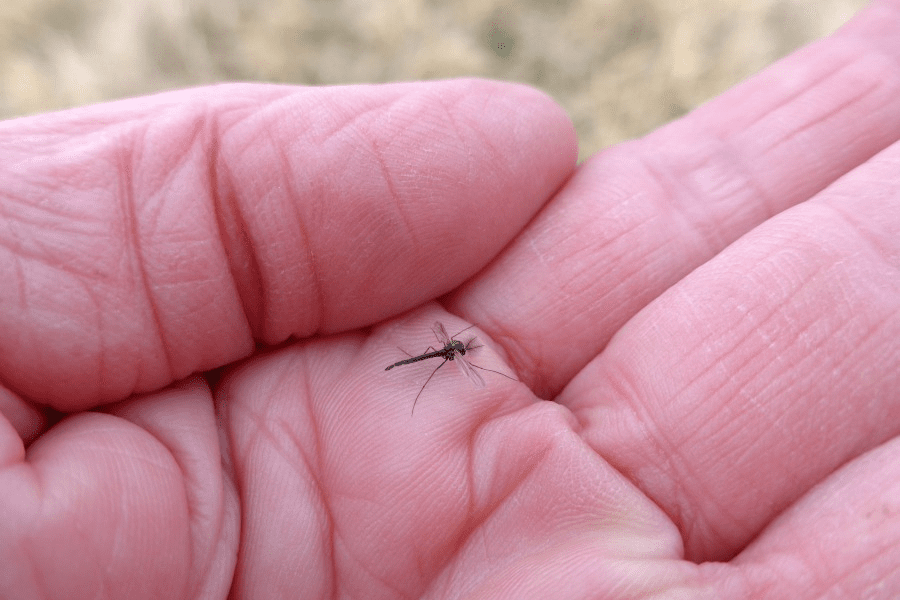 You’ve probably experienced hopelessly swatting at a swarm of flies while trying to enjoy a sunny day outside, and you’re far from the only one. Each summer – or even year-round if you’re in a warmer climate such as Texas or Florida – midge flies can become a major nuisance wreaking havoc on property and recreational time and driving residents away from outdoor resources.

If you’re in need of midge control on your property, reach out to our team here or learn more about Clarke’s midge capabilities here.

But, what even is a midge fly? And how can you reduce them on your property? 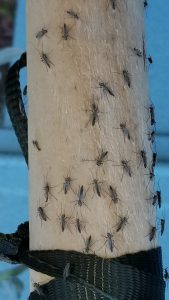 Midges refer to several species of small, non-mosquito flies. To get more specific, midges come from the family Chironomidae (referring to midges) in the order Diptera (referring to flies overall). There are two main species – Chironomidae and Chaoboridae.

Now, to put that in terms that are more useful, midges are small, dainty flies (although some species can be bulkier) with one pair of long, narrow wings, and long, skinny legs. Males tend to have feathery antennae used to hear the high-pitched sounds emitted by the female’s wings.

While midges are usually found near naturally occurring lakes and ponds in small, non-nuisance levels, the abundance of nutrients within stormwater systems acts as a beacon to breeding midges and they can reproduce in vast quantities. That’s when they become an issue in communities.

What’s the Difference Between Midges and Mosquitoes?

Midges and mosquitoes are often mistaken for each other, which makes sense given that both belong to the order Diptera (although their larvae control is very different). The largest difference between the two is that mosquitoes have a proboscis, a mouthpart used to bite and suck blood. Midges do not, and do not bite humans.

Otherwise, most of the differences visible to the eye are found in the fine details.

Midges have the following characteristics:

Mosquitoes have the following characteristics:

Where are Midge Flies Found? 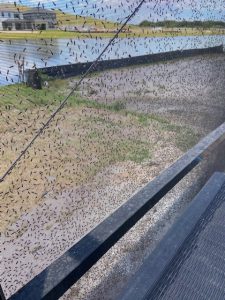 Midges deposit their eggs near waterbodies, often stillwater boggy marshes or stormwater ponds. Because of this, their adult counterparts are generally also found in these same areas.

It’s also common to see midges in big swarms or ‘clouds’ in the air, often around dusk (some people in the south refer to these as ‘gnat-balls’). This can be when a lot of people or community residents become irritated or frustrated by their presence.

In terms of geography, midge flies can be found almost anywhere. But in certain southern states, such as Florida or Texas, their warm climates allow populations to thrive year-round.

Thankfully, midge flies don’t bite humans – in fact, they only live for a few weeks at most and thus rarely eat anything in their adult stage beyond nectar, fruit juices or sugar water. They can land and crawl around the skin, which many find irritating and unwanted.

Why Do Midges Keeping Popping Up? Part of what makes midges so difficult to control is their ongoing lifecycle that starts in ponds, lakes and stormwater systems and ends on land. Midges have a four-stage lifecycle, starting as eggs laid on a waterbody’s surface before sinking into the muck. These eggs hatch into larvae that, depending on the species, either borrow further into the sediment or swim freely through the water. The larvae develop into pupae before emerging as fully formed, flying adults. This ongoing process can take as little as two to three weeks.

That means that if you’re trying to control midges by just combating the adult ones flying around, you still have plenty of them in eggs, larvae and pupae stages, ready to continue the cycle.

How Do You Control Midge Flies?

There are plenty of reasons to get rid of or control the midge flies in your area. Not only are they annoying when they swarm around waterfronts, ponds, lakeshores, or docks, but they can also cause property damage on painted or wooden surfaces.

Most bug sprays don’t go far in terms of keeping individual midge flies away, and they certainly are powerless against swarms or heavily populated areas near waterfronts, boats, or shorelines. And while helpful in temporarily mitigating midges, pesticides alone won’t solve the problem in the long term as midges continuously breed and migrate from nearby waterbodies. Instead, here at Clarke, we recommend an integrated approach that combines chemical, biological, and preventative methods to keep midges away while also working to control the population. To learn more about how we approach the below, click here.

If you’re looking to control midge fly populations around your home, pond, or community, contact Clarke here for an estimate or learn more about our midge control practices here. We have decades of experience dealing with all kinds of pests – including midges.